This project was originally constructed in 1925 as one of the first fireproof hotels in the south, but by the time the historic structure was purchased by the City of Elberton, Georgia, from a private owner in 2009, it was in desperate need of repair.  After sitting unoccupied for more than a decade, the City awarded a design and programming contract and after extensive work and reinvention, the concrete and masonry structure was resurrected as a 25-room boutique hotel.  The building had been repeatedly re-purposed over the years as low-rent housing, office, and storage before the City finally took ownership.

The designers sought to celebrate the history of the building as well as the culture of the community through the overall design concept.  The City of Elberton is internationally known for its granite production; thus, granite is featured heavily throughout the design.  The use of local materials is important not only because it highlights the city’s heritage, but also because it promotes sustainable design.  This is especially meaningful when used to showcase the local economy to out-of-town guests.

Preserving the character of the existing building was paramount.   Specific details like original terrazzo flooring, trim work, and the massive stone fireplace were preserved.  Careful effort was given to avoid glaring inconsistencies between the old and the new through curated built-in elements, fixtures, and furnishings.   Additions and insertions like the bar and reception desk, were designed to both complement and contrast the existing building’s architectural language.

Ultimately, the architectural details are subdued, consisting of salvaged woods, antiqued mirrors, and a monochromatic palette of blacks and whites.  This restraint allowed the furnishings to be primarily responsible for introducing color into each space.  They also establish a more modern influence within the building, orchestrating a measured contrast between the old and the new. 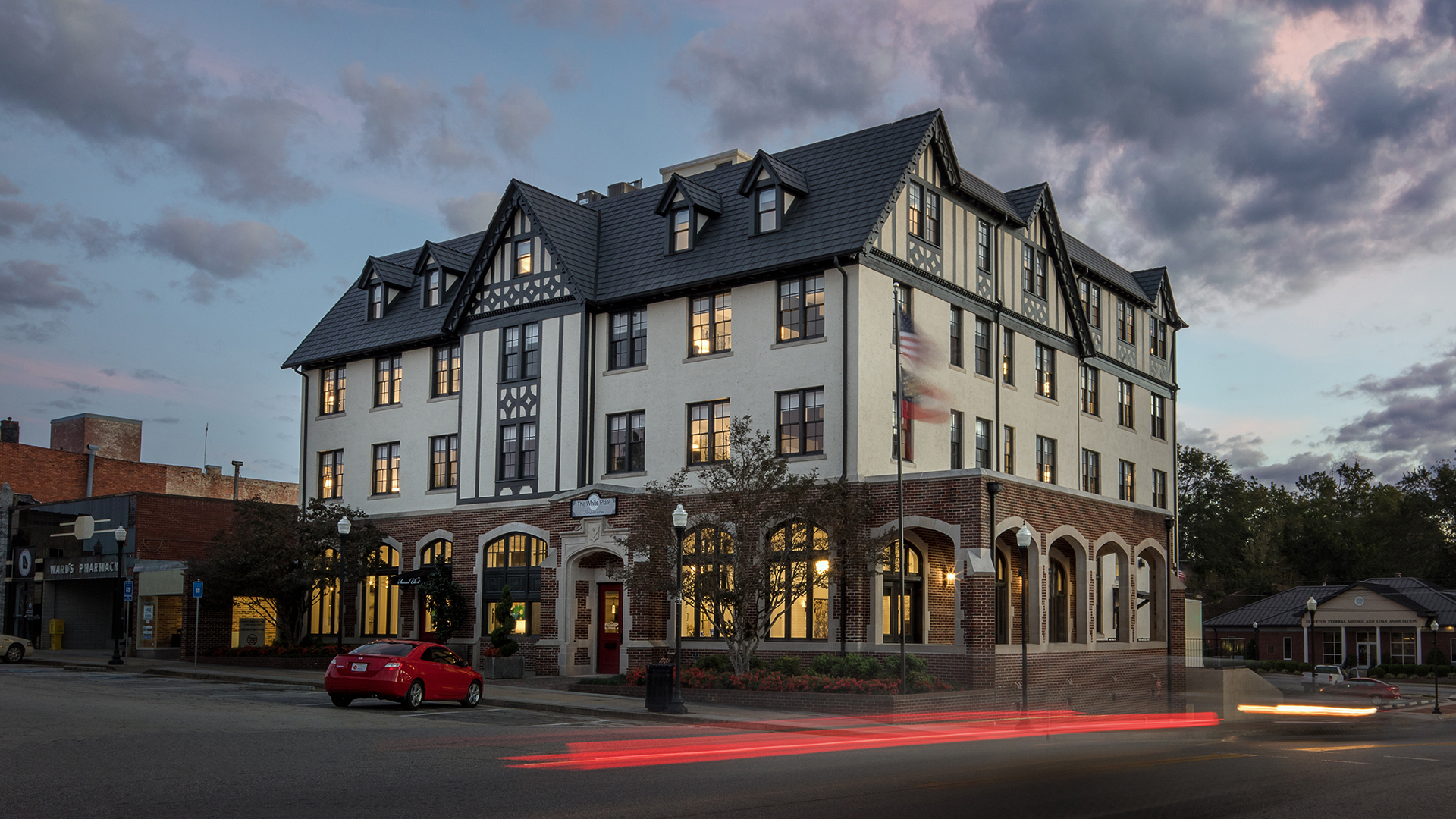 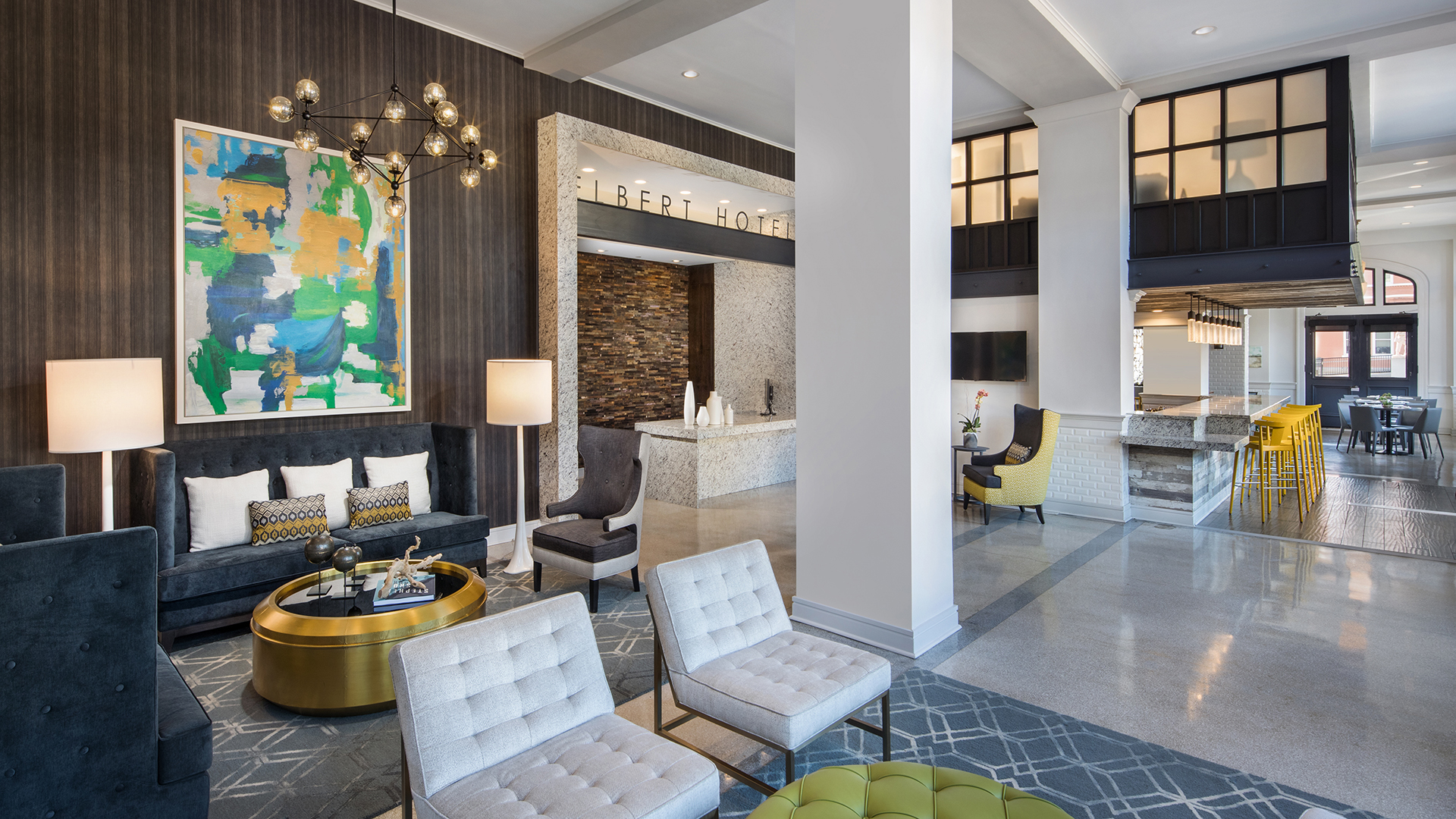 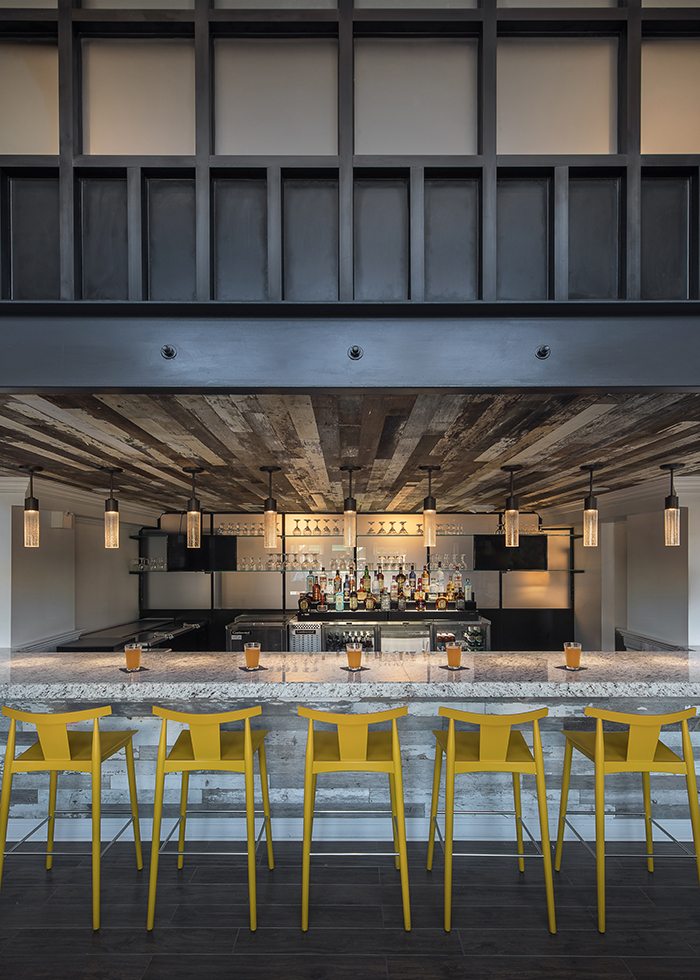 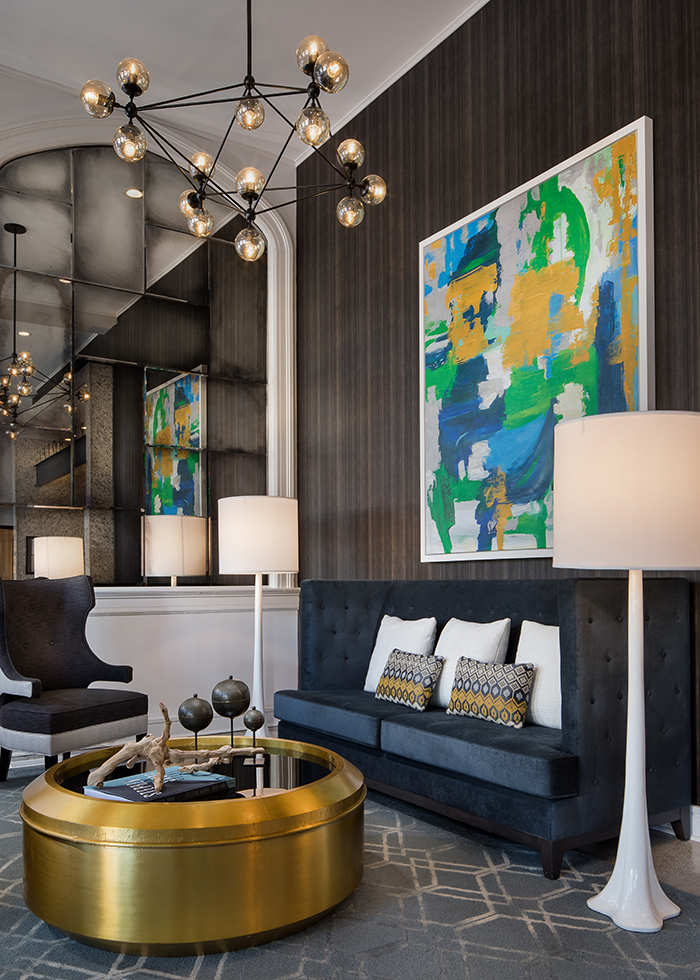 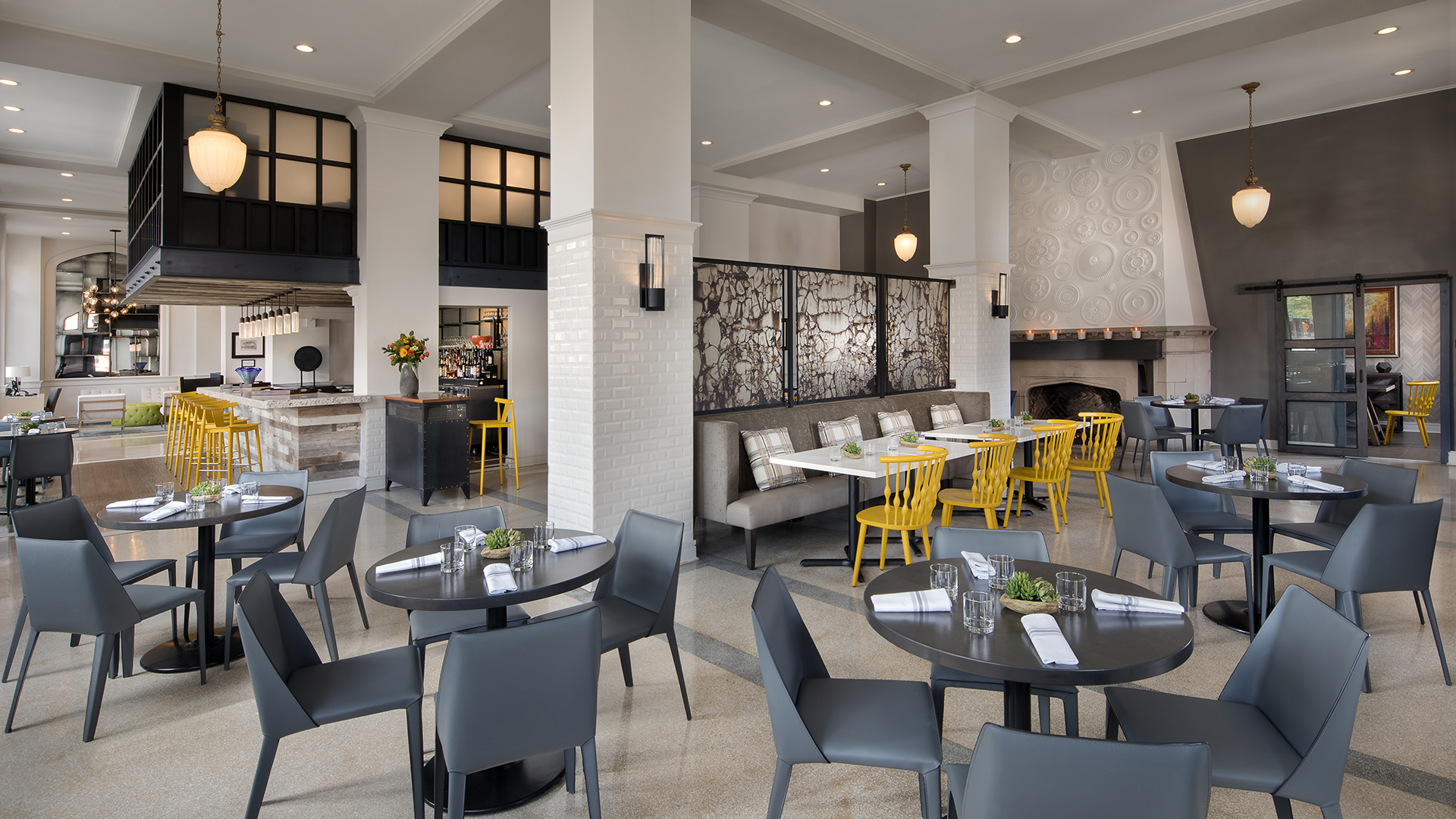 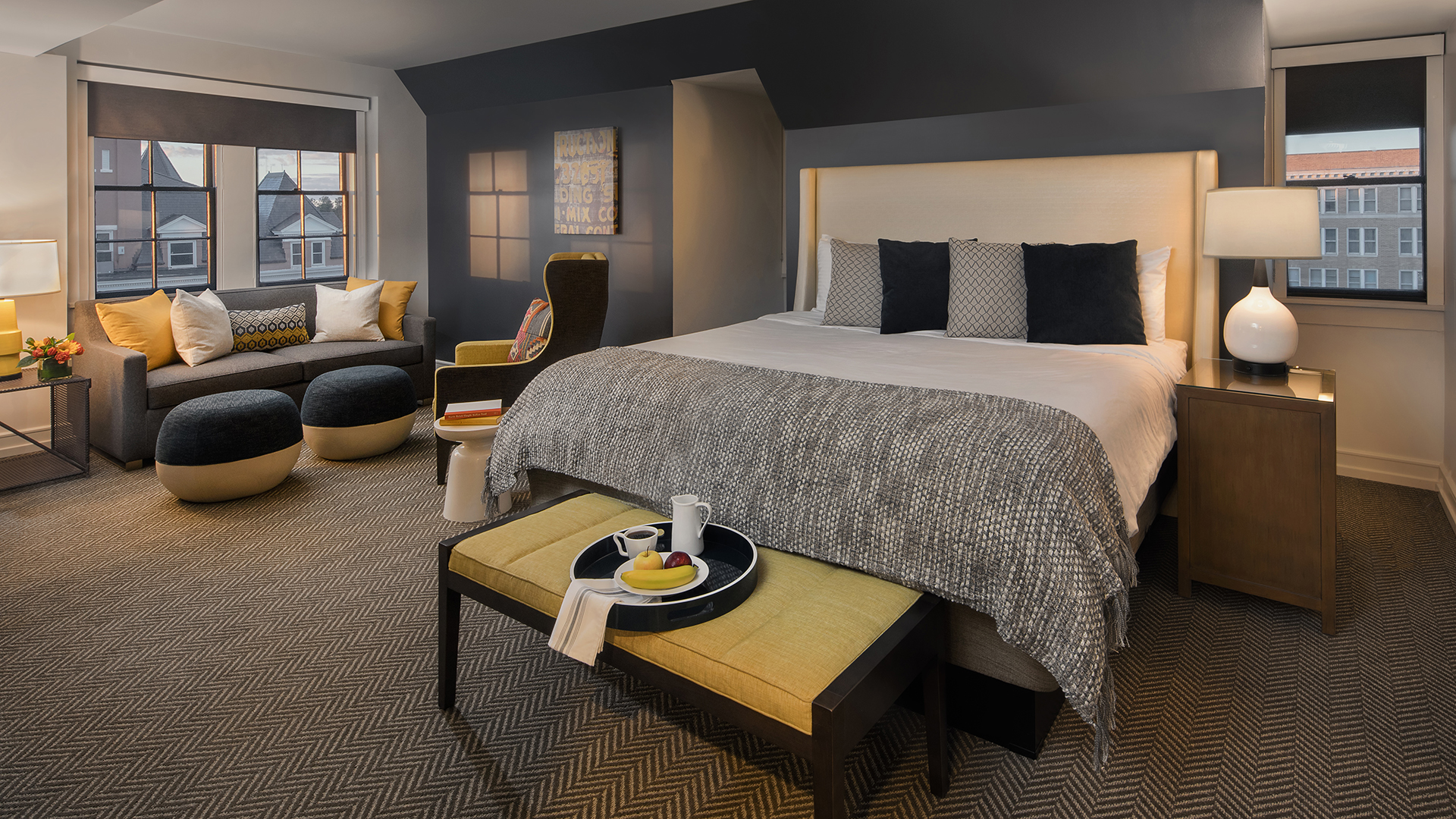 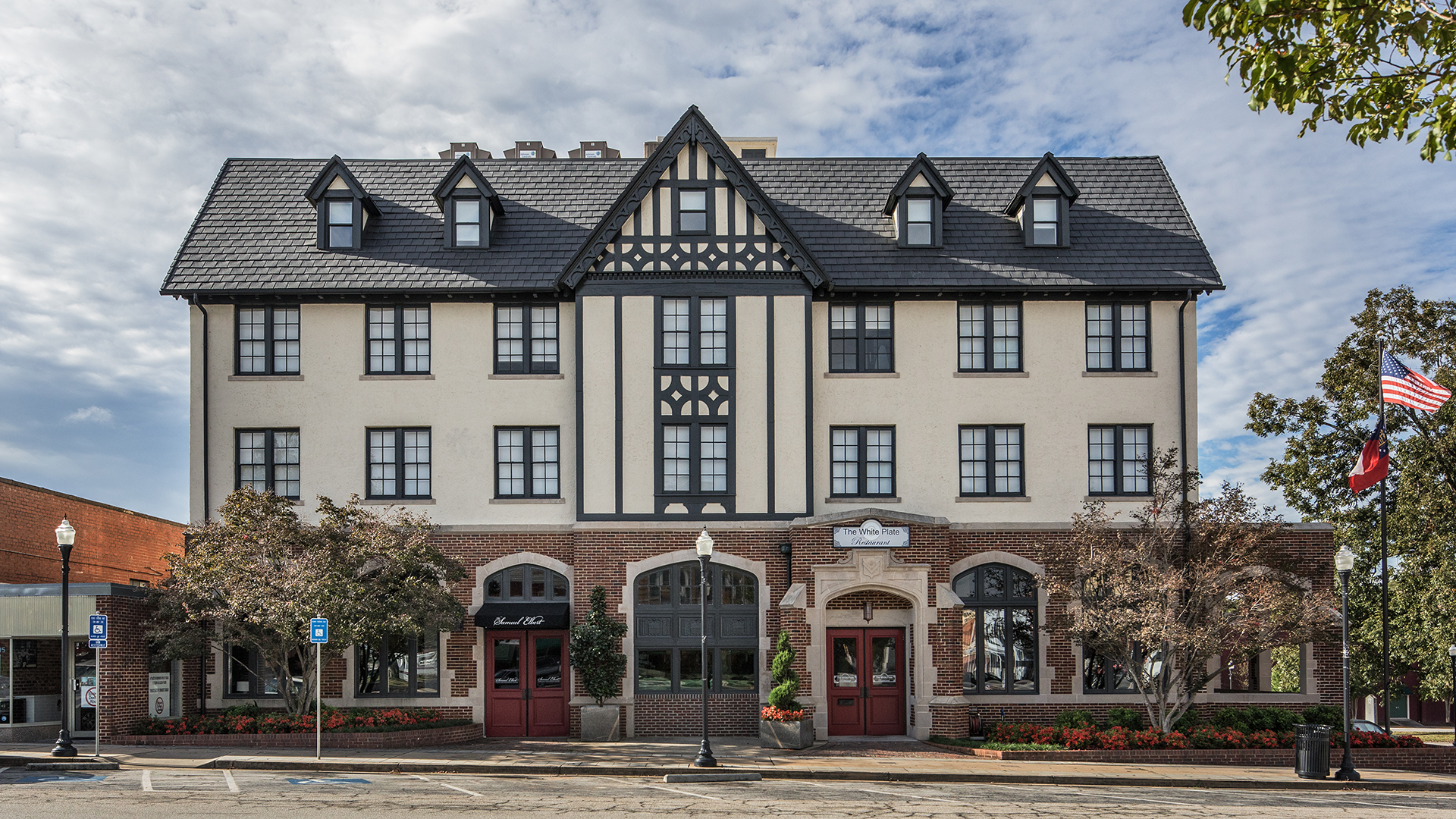